Several times lately I have turned off the TV in the middle of the news just after intentionally turning it on to catch up with the day’s breaking headlines. What’s the difference between free speech and cheap talk? 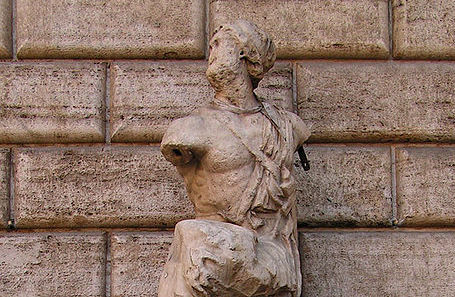 Several times lately I have turned off the TV in the middle of the news just after intentionally turning it on to catch up with the day’s breaking headlines. In short, I’m ambivalent. Sometimes the news is like bread; it’s appealing because it’s fresh but after indulging in just a little, I’ve had my fill.

News highlights the day’s gossip dug up to discredit politicians and financiers. It recounts the day’s political pot-shots aimed at the President, or someone with a Swiss Bank Account, or a candidate whose wife blurted out something too candid. To hold viewer interest the news is sauced up with a Saturday Night Live satire about the tanning mom or tongue-in-cheek speculation about a pro football player who is too good to be true. Really, who cares? Where’s the beef?

The scale of public gossip has gotten out of proportion. It was tough enough in the past when people talked behind the backs of their next door neighbors, but now the most trivial gossip has the potential to go viral. We are treated to a few four letter words stealthily picked up by a microphone mistakenly left on, and are not told about a serious statement outlining a candidate’s platform. We graze on stories about terrible neighbors, careless parents, and horrible teachers, meanwhile forgetting about the multitude of earnest people who work hard each day to share a good life with others.

Lust for news feeds the fantasies of our “inner gossips.” Networks invite viewers to send their video clips. The Internet is a free-for-all where anyone can post anything. All it takes these days to be paparazzi is pocket-size cameras, smart phones, or webcams. Amateur producers of the day’s gossip dream that the dirt they dig up will get millions of hits and ultimately make them rich or famous.

Forgive me for a little swing through nostalgia, but I like the way Romans used to dish dirt on each other. Near one of my favorite marketplaces in Rome is a beat-up statue where for the last five hundred years Romans have posted their opinions. Many of them were written in verse. This odd looking statute with paper notices pasted to its base is fondly known as Pasquino. In the past most of the lampoons (or pasquinades) attached to its base were political attacks or complaints against the Vatican. Today they are about anything that someone wants to grouse about.

What I like most about this odd corner set aside for public complaining is that the majority of pedestrians walk by without a second look. Tourists stop to take pictures because many city guides mention the “talking statue,” but after snapping a picture the visitors too walk on without reading the pasquinades that have been posted. They like the spectacle, but most tourists don’t know Italian.

A few centuries ago creeping though the dark of night to post a complaint at the foot of Pasquino was a risk that could lead to prison or death. Today everyone knows that the gossip posted on the statue is overstated. It’s drama, and little of it is taken seriously. Still almost everyone accepts that it’s good for cranky folks to have somewhere they can let off steam. Actually I am inclined to agree with that sentiment, but I still wish it were not on TV and not called “breaking news.”