This is the season in which we annually give a shout out to Abraham Lincoln who nearly 150 years ago first declared that a Thursday late in November should be a day for Thanksgiving. We recognize Lincoln but neglect one of our founding mothers, Sarah Josepha Buell Hale, who was the inspiration behind establishing this day as a national holiday. 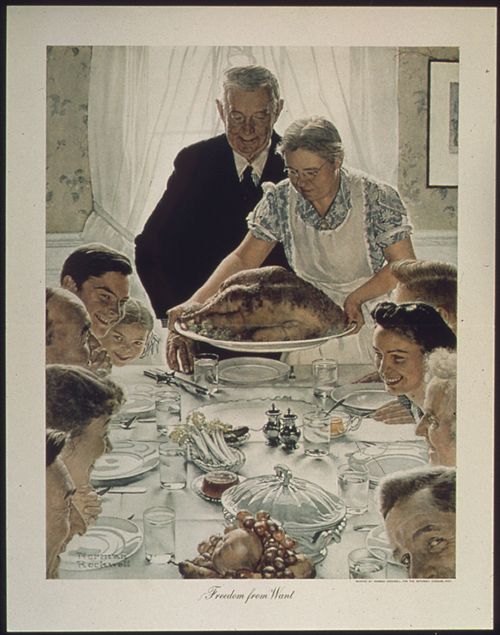 Sarah Hale was a remarkable woman. Born in 1788, she was home-schooled and became a teacher. At age twenty-five she married, had five children, and was widowed before her tenth anniversary. 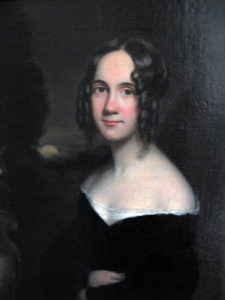 It was customary at the time for a widow to dress in black for two years after the death of her husband, but Sarah never gave up her mourning attire. A look at her life would suggest her choice to remain a perpetual widow was less a gesture of grief and more a signal to suitors that she had turned her attention to matters more important to her than marriage.

Soon after the death of her husband, Sarah began to write, publishing a very successful novel four years later. She also wrote poetry, the best known from her collection for children is “Mary Had a Little Lamb.” Her own parents had promoted education for both boys and girls, and Sarah herself, as an advocate for the education of women, was one of the founders of Vassar College, the second institution of higher education in the United States to grant degrees to women.

For her entire adult life Sarah Hale was a promoter of causes. She was a tireless abolitionist, an advocate for public health awareness, and a promoter of uniquely American themes in literature. For over forty years she was the editor of one of the most widely read magazines of her time, a role in which she continued until she was ninety.

Sarah Hale was also a letter writer. In 1846 she wrote to President Zachary Taylor asking him to support national unity by declaring a public day of Thanksgiving. Taylor did not respond. She kept up her campaign by writing to successive Presidents: Millard Fillmore, Franklin Pierce, and James Buchanan. None of them took action. It was seventeen years later when she wrote to Abraham Lincoln that she got the response for which she was hoping. In 1863 he declared a national day of Thanksgiving.

It was a peculiar year to declare Thanksgiving. The United States was still torn apart by the Civil War. Although the Emancipation Proclamation had been issued in January of that year, the fighting had continued. 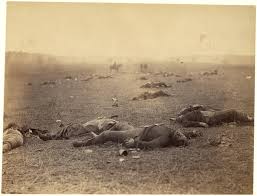 In June, at Gettysburg, there had been a battle so bloody it became known as the Harvest of Death, and the invention of photography brought images of the horror to the public.

Neither Sarah Hale nor Abraham Lincoln were naïve optimists, but they both seemed to sense what we have often experienced since: in the worst of times it is especially important to attend to gratitude. During two World Wars the public cut back their rations to assure that service members whose places were vacant at home could have a special meal. Barely a week after the assassination of John F. Kennedy we celebrated a Thanksgiving in 1963. In 2001, still reeling from the shock of 9-11 we celebrated another. And so it goes from year to year both on the national level and in private homes. We do our best to celebrate this holiday no matter what.

This year, in an atmosphere politically fractious enough to bring the possibility of ugly words to many American Thanksgiving tables, ninety-five percent of Americans will celebrate Thanksgiving nonetheless. They will roast up 46 million turkeys and travel 45 million miles to be with family and friends. Once again, as we have done so many times before, we will take the risk of gratitude, even if there may be rough patches in our celebrations. And no matter how it goes this year, we’ll probably celebrate this same holiday all over again next year. It has become part of the fabric of American life.

There is a quote from Sarah Hale that fits Thanksgiving Day, especially in a year in which the celebrations may be under a cloud of discord: “It requires but a few threads of hope, for the heart that is skilled in that secret, to weave a web of happiness.”